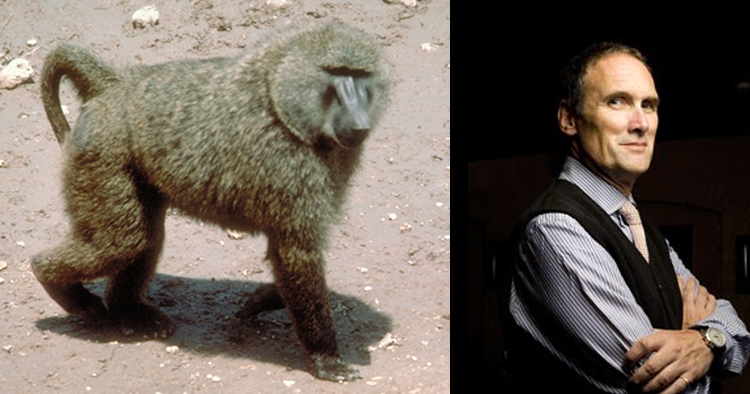 If a species being non-endangered was sufficient criterion to make it a fair candidate for random slaughter then, let’s face it, Eastenders fans could be in the cross hairs. I have nothing at all against them – I know several nice ones – but you have to admit they’re ubiquitous.

Olive baboons are common in Tanzania, and not at all endangered. So by the Eastenders model, they’re absolutely fair game for a good blasting. At least A. A. Gill thought so. The reconstructed approach to safari is to take pictures and leave footprints. Many thousands travel to Africa each year, restrict themselves to the photographic approach and yet don’t feel they’ve wasted their airfare.

But A.A. found himself overcome by testosterone in “a truck full of guns and other blokes in hats”. Apparently, you can’t be in this environment long before you get the urge to “do baboon”. So he selected his candidate, raised his rifle, then “a soft-nosed .357 blew his lungs out…. Not a bad shot”.

“I know perfectly well there is absolutely no excuse for this” reflected A.A. “Baboon isn’t good to eat, unless you’re a leopard. The feeble argument of culling and control is much the same as for foxes: a veil for naughty fun.”

If any killjoy is worried that there is some unsound psychology behind this, be assured that he only did it to “… get a sense of what it might be like to kill someone, a stranger”. 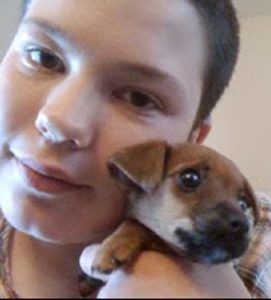 And in other naughty fun this week, Sandy the Jack Russell puppy (left) had her head fatally flattened in one stamp while wagging her tail at three hoodies in a park in Cambridgeshire.

Although I understand that you can only spend so much time in such an environment before it’s inevitable that you’ll get the urge to “do puppy”.

Her horrified owner witnessed the attack and tried to resuscitate Sandy. She is a teenager who had been given a pet to help with her ADHD.

I do hope they find these three young men, since they and A.A. should be Facebook friends. Modern social networks are so strongly characterised by common interests and pursuits.

Recreational deadly assault of sentient mammals must be up there with Salsa dancing and book clubs?

I think there are two issues here: firstly, there is ‘moving towards’ element, the enjoyment or satisfaction in the act; secondly, there is the ‘moving away from’ element, a moral impediment sufficient to overcome that enjoyment or satisfaction. A.A. Gill and the puppy stamper experienced a surfeit of the former, and a shortage of the latter in order to perform the actions they did.

Having no idea what would possess anyone to partake of the first (except, perhaps, an inappropriate tumescence at the domination of a creature less well armed than oneself) I’ll stick to musings on the second.

I used the word ‘sentient’ earlier. My Collins dictionary defines it as:

“having the power of sense perception or sensation; conscious”

The term has historically been jealously guarded for human beings. We are the only animals who can self report, after all. (Cogito ergo Sum/I think, therefore I am) The dualistic notion of bodies and souls as separate, necessary for Christian theology and influentially formalised by Descartes, left animals as just bodies since only we have souls. Hence, animal expressions of pain were regarded as a kind of biological clockwork, a mechanistic performance that did not reflect real suffering the way that human being would understand it. This was believed to the degree that live vivisections on unanaesthetised animals were acceptable and not uncommon.

Another concept maintained by a Christian worldview was the Scala Naturae. It means ‘natural ladder’ but we usually know it in English as ‘The Great Chain of Being’. It is a cosmic hierarchy which accommodates every being and object, from God at the top to dirt at the bottom.

Sub-divisions are made on the basis of factors such as spirit/matter. For example, angels (all spirit) are higher than human beings (half matter/half spirit) which are higher than animals (all matter).

The Scala Naturae has been used to regard animals lower down the chain as facilities, ‘given’ to us to use for our own ends.

With the growth of science and empiricism, notions like ‘sentience’ and ‘consciousness’ have become more complicated. We have new conceptual and technological tools to work with. When we consider the ability to conceptualise and deduce, to have an inner life, to plan, to think in abstract terms and to experience things like pain and pleasure, we no longer automatically exclude all animals. We sometimes now look to them as fellow travellers; different – but fellow travellers nonetheless.

The rejection of dualism and the Scala Naturae is a triumph of the Enlightenment legacy. It is a way in which science, and particularly Darwinism, has made us better. We no longer sit majestically astride a conceptual dungheap, shitting on those beneath us. We have a place in a web and have to be careful not to tug our thread so hard that we pull a vital strand loose.

Can someone please tell A.A. Gill?