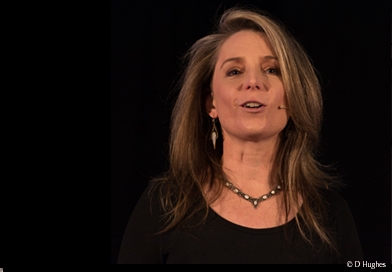 I speak once or twice a month on facets of the macabre supernatural. Past venues/promoters include QEDcon, Skepticon, Ratio, The Anomalistic Psychology Research Unit at Goldsmiths, The Ghost Club, South Place Ethical Society, The Fortean Society, Edinburgh Skeptics on the Fringe Festival and The Barbican among many others.

Each talk lasts around an hour, has light-hearted and entertaining elements, and can be fitted into a programme format eg. after-dinner.

The Beast of Croglin Grange

In 1875, a flame-eyed creature picked at the lead in a window pane to let himself in to a remote farmhouse in Cumberland. Thus started a campaign of menace against a young woman: a campaign which only stopped when her brothers tracked the creature down to its resting place in a local crypt. The Beast of Croglin Grange has entered our folklore as one of England’s very few homegrown vampires. So let’s take a look at the story see if we can work out what really happened.

The Restless Ghost of Wrocław

In September 1591, a prosperous Wroclaw shoemaker killed himself by cutting his own throat. To avoid the shame associated with suicide and to ensure he received a religious burial, his family concealed the damning evidence.

But the shoemaker did not rest in his grave. The whole town was disturbed by his ghost which made noises, appeared to some, and oppressed others. The Council was convened and the man’s corpse was exhumed and examined; what they found shocked the whole community.

In this talk, we will conduct an historical paranormal investigation to look at the many factors which have led to perfectly sane, intelligent people coming to believe that there was a mischievous and dangerous ghost in their midst.

Witchcraft became big news in the 16th and 17th centuries. Torrents of learned discussion turned to action, and the corpses piled high.

But where did the legal infrastructure for such a mass persecution arise? Had this power already been tested and used? Deborah will discuss totalitarianism, paranoia and yearnings for empire in the making of a very bloody delusion.

The Natural Historie of the European Werewolf

The werewolf is a very familiar motif from horror, but sixteenth and seventeenth Europeans understood several concepts to fall under the ‘werewolf/lycanthropy’ category.

Join Deborah for a talk about murderers, scapegoats and witches in which we’ll find out who is worse – man or beast.

Have you been naughty or nice?

St Nicholas may bring good children rewards, but he has a companion who has different clients. Discover this central European tradition whose popularity is rising again.

Close your eyes and wish for gifts … if you dare.

Interview with a Vampire Expert

The Vampire has fascinated Western Europe from the early 1700s, but the tradition was a real part of Eastern European lives for a constiderable time before that. The archetype has been taken up by art of all kinds, but what is the authentic history behind the tales of the predatory, living dead?

We will look at recent attempts to understand the folklore and try to work out how an Eastern European ritual made its way to late nineteenth century New England.

Unnatural Predators: the Folklore of Fear

Fear of predatory supernatural entities has been found in all eras and cultures. Why should these ideas be so stable across time and space, and what can this tell us about being human? Among other questions, we’ll ask: why do ghosts live in electric clocks; why do vampires visit in autumn; and do dogs believe in ghosts?

When the Spirit Moves You: The Strange History of the Poltergeist

Not content with mere visual manifestation, poltergeists are presences which interact with their environments. Making noises, hurling objects and causing levitation is sometimes just the start! This talk will go into the history of these manifestations to find a selection of clergymen, religious revolutionaries and malcontent teenagers.