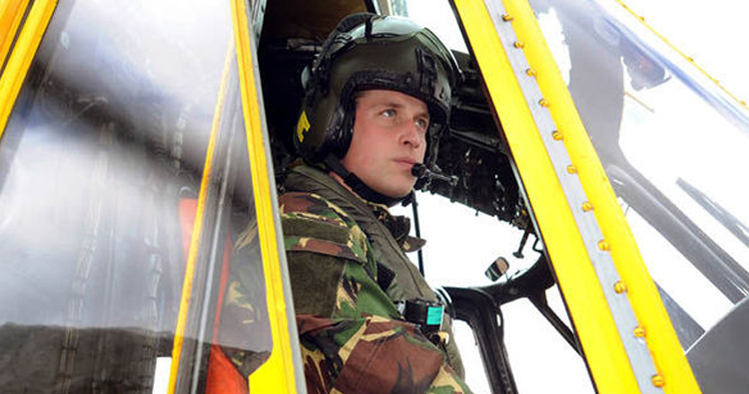 My great-grandmother was psychic.

Everybody knew it. If a member of her extended family paid an impromptu visit from even a great distance, like London, they were greeted with a friendly smile and a dinner that was already virtually at the table. “I knew you were coming”, she’d say. She was known for having ‘a way’ with animals, to the extent that she could pick up and offer comfort to a dog who had been fatally injured in the street, without getting bitten.

She was never subject to rigorous testing for her gift, and that was a blessing really. To have had it revealed that meals cooked for large families inconspicuously subdivide to accommodate unexpected guests, or that simple kindness on the part of the human (or closeness to death of the animal) produces a mundane – if touching – pieta, would have compromised her identity in a very painful way.

Her family functioned around the notion of her powers and performed their roles to support and nourish it. Most of them had flickering encounters with the other-world themselves, but were naturally subordinate to their mother in their abilities during her lifetime.

My father tells me about a time he went to see a stage-spiritualist who sat with her assistant. These ladies’ status seemed to be directly proportionate to their size, and a psychic wearing what appeared to be a chintz tarpaulin was evidently a very powerful creature indeed. As the star-psychic inhaled prior to bestowing her first insight, her skinny assistant broke in with a baseless voice in a Lancashire accent: “I can see a black and white cat – has anybody lost a black and white cat?”

The formidable priestess shot her a daggered look, and she was right to, because the monkey was taking a shot at being the organ-grinder. This was not enthusiasm – it was a takeover bid.

In a world where there are no exterior ways of denoting your status – no qualifications, no protected professional titles, no career ladder and demarked skills and experience, no gold jewellery nor designer adornments, no foreign holidays to boast of nor flash cars to drive, a person must attain their rank with the sheer force of their personality. If the criteria for their assets and virtues are unmeasurable except by the support of their cohorts, that is all for the better. Being psychic was, and is, a recourse open to people who have few other ways of differentiating themselves.

A person like this can be instead of do.

Unfortunately for her very hard-up family, my great-grandmother never had the commercial nous to go the Helen Duncan, Doris Stokes or Psychic Sally route. There must have been thousands of Elizabeth Archers all over the UK, women whose social status derived in good part from their mystical powers. That family was poor, in a way we have difficulty imagining today. My grandmother and her brother had to go to the beach to collect sea-coal for the fire. They didn’t have enough to eat and neither did their younger siblings. They were given charity shoes in front of their classes at school, but not frequently enough to permit their growing feet to avoid being cramped into forming hideous bunions. It was the Great Depression, and life was largely shit. It has frequently been observed that religious-spectrum ideas can be potent comforters and compensators, which is why we see those in most need of comfort and compensation investing in them.

As arduous exams and professional paths are, surely it is better to live in a world where you can do instead of be?

A story in The Daily Mail this week caught my eye. Apparently, Prince William is considering whether he will sign up for another three-year tour of duty as a Sea-King helicopter pilot. But is the call of royal duties threatening to divert the Prince’s chosen path?

The feature writer suggests that the Prince’s personal yearnings lie with his career. Apart from the fact that it has cost a small fortune to train him, he seems to like his job – a job that is all about doing.

But the Royal Family exists by virtue of the being paradigm – we don’t vote for the Queen. Prince William’s dilemma* is a very modern illustrations one of the rarer modern examples of being versus doing.

This model must cause them a great deal of pain as individuals. Prince Philip was famously made to give up his career in the Navy, and Princess Margaret’s privileged and empty life showed on every line of her face at the end. The Duchess of Cambridge is noted for having never had a recognisable job. The reason for this is a mystery, but if it was on advice from the Palace, I think they were very, very wrong. She married just in time to lose the ‘Waity Katie’ label, a hallmark of her indeterminate identity. But in times to come it may count against her.

I very much hope that Prince William signs up for another tour. Contrast these pictures: on one side, the capable man at the controls of a Sea-King helicopter; on the other, a person dressed for an absurd pantomime, bearing more than a passing resemblance to a child playing dressing-up with a blanket and foil-covered chocolate money for medals.

Albeit that they represent different ends of the social scale, there is personal mystique in being a Prince or a psychic – and both are equally ridiculous. It seems that being a Prince may unfortunately also be painful.