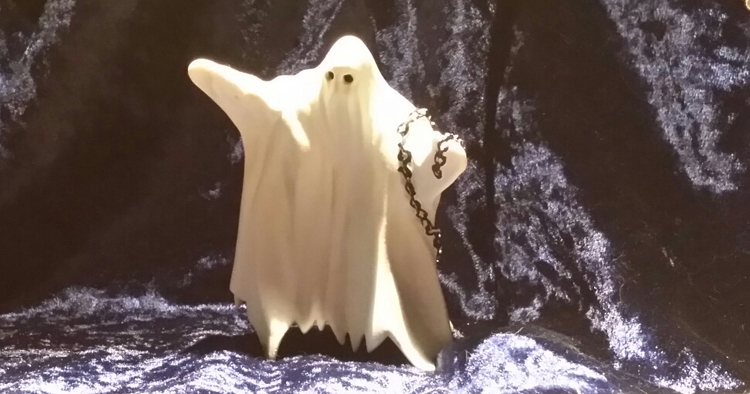 I was one of the lucky people who spent the 5th and 6th of this month at QED, Manchester. Apart from a minor fit of apoplexy trying to decode Manchester’s city centre roads to enter the car park and later being soaked by a bus (I’m serious – I looked like one of those car wash mops) I loved the whole weekend.

It’s been interesting to read people’s online musings on the event. I think we all agree we’d like them to organise it again next year.

But there’s another strand. How many ghosts are too many?

Andy Russell wondered if it was “A little bit too ghosty …”

“Of the 12 1 hour sessions in the main hall, 2 were about ghosts (maybe 2.25 if you count the bits in Bruce Hood’s talk). I guess ghosts are quite fun and there are some serious issues related to them (e.g. exploitation of vulnerable people) but it felt like a bit too much. Surely there are other issues we should be thinking about?”

“Skepticism in ghost belief and ghost research is as relevant as any of ‘type’ of skepticism out there, not to mention the fact that skepticism in general DOES think about other issues way more than ghosts. Alt med for example, gets HUGE coverage, as does creationism, anti-vaccination, the list is endless…”

There have been apologies all-round which is a great credit to the manners and mutual respect of the relevant parties. It seemed to me that the ghost complaints reflected an enthusiasm for other areas of skepticism rather than just a judgement upon us supernatural-obsessed types.

But it’s a fair point and one that does deserve a reply. Why do we continue to expend so much time and energy on the supernatural when the area has been so well studied and debunked?

Some skeptics like ghost debunking; some like alt-med debuking; some prefer creationism debunking. I suspect that these differences arise from individual personality traits, quirks and preferences. And that’s OK. Those of us who rationally channel our inner-Goth would appreciate a few really high points in a weekend of other skeptical subjects.

But it also strikes me that as much as ghosts and other supernatural phenomena have been debunked, so have many alt-med practices and it doesn’t stop people spending money on them.

Alt-med is a hydra, and its endurance is probably due to the fact that it satisfies people in a certain way. They get something for their money, otherwise they wouldn’t spend it. Buying a feeling is still a commercial transaction.

In fact, I wonder whether current alt-med thrives due to the personality traits of the middle-classes: self-assertion – a certain Protestant self-reliance and independence; a mistrust of authority as being ‘better’ than oneself; a desire for devolvement of power to the patients themselves. These are personality traits which would have gotten you a clip ‘round the ear in a medieval village, but job promotion in a modern commercial environment.

Unfortuately, advanced technology and theory takes the cooperation and resources of many. The results are suitably potent. But that may be unsatisfying to the modern human need to remain, even a little, in control of your own fate. The fact is, you can’t cure cancer by yourself any more than you can get to the moon by yourself.

In this case, our human personality and social traits are worth studying because they apply across the board. Studies of alt-med must eventually come to analyses of why many so people in a modern context keep returning to it.

It’s been useful process for mainstream medicine too, which is now practiced in a far more sensitive, more participatory and less patriarchal way than before. 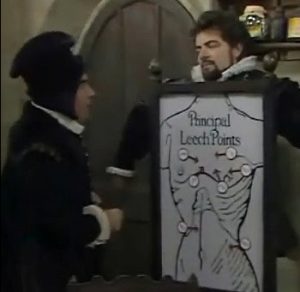 Do you remember when Blackadder went to the quack?

Because he went in the sixteenth century, he was prescribed leeches. The famous Dr. Hoffmann of Stuttgart was the foremost expert of the age (and also, co-incidentally, the largest producer of leeches in Europe).

Blackadder could have been prescribed magnet therapy in the eighteenth century and ‘The Water Cure’ in the nineteenth. Charles Darwin was an unfortunate recipient of The Waters and the cure sounds considerably more grim than having a few little live blood bags dangling from your nethers.

The nature of quackery changes and several fads have truly been discredited. And as I said, I think the enormous popularity of alt-med may be significantly due to social context, several elements of which are ephemeral.

But religion and the supernatural are slightly different. We’re hardwired for them. Good quality study of the supernatural must endure because, when every other fad has passed, it is the one thing to which we, as a species, always return.

It has been said that the difference between ghosties and ghoulies is that it doesn’t hurt when you get a kick in the ghosties.

But, on the contrary, I think that people are quite resistant to ghost, vampire, werewolf, blood-sucking revenant, kind god, capricious god (pick the belief-type appropriate to your culture) debunking. That’s because it’s a factory setting that requires a great deal of education to de-install. Ghosts et al are simply more enduring than homeopathy, chiropractic for asthma and magnets for menopause. (To complain about fanny magnets – arf, arf – see what Simon Perry has written here.)

In general, we skeptics are united by the desire to perceive our world in the most rational way possible – even though we’re meat-puppets and our impartiality probably has its limits.

But as a species, we do have a preference … and that is to believe in the supernatural. So we’ll always need the tools to discuss this one intelligently and persuasively.