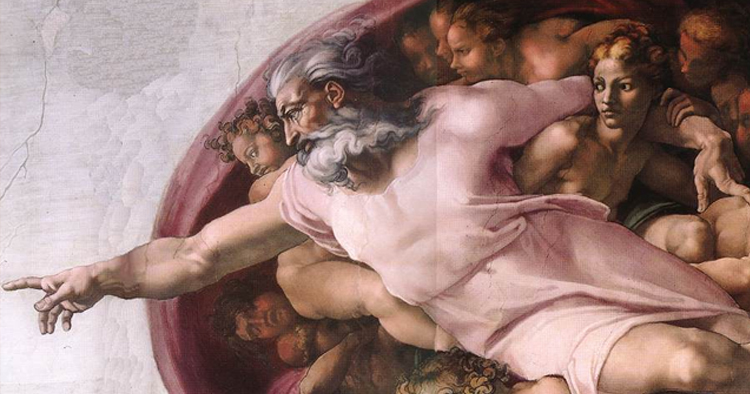 Uncategorized
March 7, 2017 Deborah 1125 Views
On May 13th, Oxford University website posted a press-release entitled “Humans ‘predisposed’ to believe in gods and the afterlife” and summarised as:

“A three-year international research project, directed by two academics at the University of Oxford, finds that humans have natural tendencies to believe in gods and an afterlife.”

Newspapers had already covered the study’s progress. You can see “Children are born believers in God” from The Telegraph’s religion section here and “Why do we believe in God? £2m study prays for answer” from The Times here.

‘The Cognition, Religion and Theology Project’ was supported by a 1.9mGBP grant from the Templeton Foundation and run by Psychologist Dr Justin Barrett and philosopher Professor Roger Trigg who “directed an international body of researchers conducting studies in 20 different countries that represented both traditionally religious and atheist societies.”

Dr Barrett had been quoted as saying that they were: “… interested in exploring exactly in what sense belief in God is natural”.

And it would be strange, I suppose, if such a thing as belief in the supernatural was not natural, given how widespread it is.

It’s a thought many have pondered: why do we as a species come up with these ideas, again and again. The father of psychology William James wrote about a quality he called ‘religious genius’.

He noted that religious instigators: “have often shown symptoms of nervous instablility … exhalted emotional sensibility .. and presented all sorts of peculiarities which are ordinarily classed as pathological”

For James those others who follow on from these primary agents have what he called a ‘second-hand religious life’. He seems to have regarded it as a form of intellectual contagion from a concentrated source.

However, the prevailing theories about religiosity have changed since James’ day. Charismatic individuals certainly have shaped some of the specifics of our notions about the supernatural, but a spontaneous sense of it seems to be more evenly distributed among the population than he thought.

There are a couple of ideas about how we’ve become a supernatural-seeking species.

The first is that belief in a transcendent power confers an advantage upon a group. This would make religiosity a primary quality for survival by, for example, enhancing commitment to the group. One of the most notable poularisers of this theory was the father of sociobiology E O Wilson who said: “Men would rather believe than know”.

But there are several detractors to this theory, people who don’t believe that group selection is anywhere near as important a factor in survival as has been claimed. Which would leave the ‘God as an Adaptive Trait’ theory looking a bit wan.

The second – and probably more currently popular – way of looking at the issue is to see superstition and religion as byproducts of evolution.

Paleontologist Stephen Jay Gould and population geneticist Richard Lewontin co-opted the architectural term ‘spandrel’ to define something which didn’t originate by the direct action of natural selection but which later became usefully employed for a different function.

So is god somehow a side-effect of our cognitive machinery, an accompaniment to evolution?

David Hume wrote that: “We find human faces in the moon, armies in the clouds; and by a natural propensity, if not corrected by experience and reflection, ascribe malice and goodwill to everything, that hurts or pleases us”.

Taking indistinct stimuli from the environment and making them into something recognisable is a phenonmenon know as pareidolia; it’s how the Virgin Mary gets onto so many pieces of toast. Either that, or she’s got a really good agent.

Hume was pointing out what many others have noticed before and since – we see things that aren’t there and then often ascribe personalities and intentions to them.

Dr Barrett’s term for this kind of thing is a hyperactive (or hypersensitive) agency detection device” a HADD.

Philosopher Daniel Dennett puts it that we have an:

‘Intentional stance’ and that means identifying “agents with limited beliefs about the world, specific desires, and enough common sense to do the rational thing given those beliefs and desires”

So, we can realise there are other things in the universe and that they have intentions that may differ from ours. To read someone else’s mind, you need a thing called theory of mind.

This term was created by David Premack and Guy Woodruff who defined it as:

“… the ability to attribute mental states—beliefs, intents, desires, pretending, knowledge, etc.—to oneself and others and to understand that others have beliefs, desires and intentions that are different from one’s own”

You can imagine how useful this is: it helps us to predict what others are going to do and want. It helps us to understand that they have a theory of mind about us in turn.

The issue with these agent-detection and prediction abilities is that they’re very hard to turn off. A false positive is probably not often dangerous – whoever got hurt for mistaking tree bark for a face? But a false negative is dangerous – how often do you get to ignore a hungry tiger?

Another way in which we get to see a world of our own making is to have a preference for purpose-based explanations. Psychologist Dr. Deborah Keleman of the Child Cognition Lab at Boston University is the expert here. Her work on children showed they had preferences for what she called teleo-functional explanations.

Why is polar bear fur white? So the bear can blend in with the snow (rather than because it lacks pigment).

What’s more, she found that children displayed what she called promiscuous teleology – that is applying to purpose-based explanations to both living and natural-but-inanimate things alike.

So do we naturally grow out of this kind of reasoning, or do the physics lessons at school have an effect after all?

Keleman’s work on uneducated adults among the Romanian Roma showed that giving up purpose-based explanations as we grow, is a cultural phenonomenon, not a natural event. Left to our own devices, we’d probably all be adult animists, searching for motivations of seen and unseen agents in our environments.

I’ve noticed this a great deal in my study of the folklore of the macabre. People really aren’t stupid. They know that events have proximal causes. It’s the search for meaning which helps to create the agent.

The anthropologist E. E. Evans-Pritchard spent a great deal of time with a central African tribe, the Azande. One day, a house collapsed on someone; villagers knew that termites had undermined house but that wasn’t the question. Why had it happened when that particular person was sitting there?

It reminds me of medieval Europeans who felt leprosy to be a disease associated with moral degeneracy. You could probably have proved the existence of disease-causing micro-organisms to our ancestors, but it may not have stopped them asking why. Why now? Why him? Why here?

This is hardly even a start on the factors which predispose us to intuit the supernatural. If you’re interested in more you could do a lot worse than buy Bruce Hood’s ‘Supersense’.

So if a sense of the supernatural is a side-effect of our biology, will ghosts and gods, phantoms and fairies always be with us?

Dr Barrett, a Christian himself, was quoted as saying that “If we threw a handful on an island and they raised themselves I think they would believe in God.”

But I think this is going far too far. For one thing, that term ‘god’ rather than ‘gods’ – monotheism is the exception rather than the rule in religion. And perhaps our island-bound handful would have day to day interactions with ancestors rather than gods, in the manner of traditional African religion.

I think it would be fairer to say that they would likely end up with a supernatural model of their environment, as well as a natural one.

“Having a normal brain does not imply that you have religion. All it implies is that you can acquire it, which is very different”