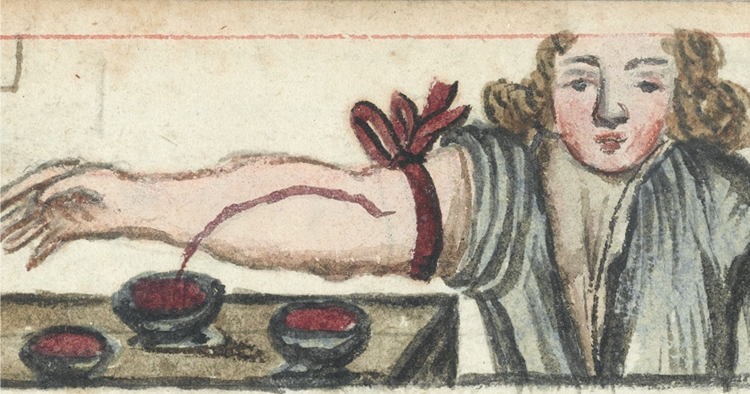 For those of you who have never been festooned with so may needles that you looked like a archery target in fairyland, or else had your feet savagely mashed by a lady with a constipated grin who gaily announces: “Gall bladder a bit sluggish today” the regulation of Complimentary and Alternative Medicine may not be a pressing concern. If you wouldn’t dream of alleviating your IBS with some water that had once been exposed downwind of an igneous rock, you may wish to skip to the next blog. I can recommend several: the list is to your right.

But if CAM interests you, and especially if you’re a little sceptical, then here are some thoughts. You may have read similar elsewhere as I’m hardly the first on the scene, but I was busy washing my hair before. This entry, given that I’m supposed to write about the supernatural, probably represents a bit of mission creep. But if we’re going to talk about vampires and witches, why not talk about life-force and meridians?

As you may know, in November 2000 a House of Lords Select Committee on Science & Technology produced a report on the subject of Complimentary and Alternative Medicine in recognition of the fact that CAM was popular and probably getting more so. The purpose of the report was primarily to evaluate potential dangers to the public and secondarily to facilitate the evaluation of the evidence base, and thereby evaluate the costs/benefit ratio to the NHS. This, and a report and the Department of Health Response which followed a year later, explored the idea of regulation. There are only two Complimentary and Alternative Medicine (CAM) categories which are statutorily regulated at present: they are osteopathy and chiropractic. This means that the words are protected and that nobody can practice as an osteopath or a chiropractor without having a recognised qualification.

So since it’s such a hot current issue I thought I’d look at regulation by going through a potted history of another statutorily regulated profession – medicine.

In 1518, The Royal College of Physicians was created to supervise and licence physicians practicing within the City of London and its radius. Their remit was expanded to the rest of the country just five years later. What a responsibility – you think they’d have been churning out medics like bratwurst. But in the first few years, there were only a dozen or so members of the guild to attend a city of around 60,000 citizens. Seventy years later, the population had doubled to over one hundred and twenty so there were now, er, thirty-eight physicians. This veritable tide of medics had grown to forty individuals by the time of the Civil War. In these early days, the ratio was reckoned at the very best ever to be five thousand citizens to one physician.

To be fair, a natural restriction in the form of class-ism probably exerted quite a force; physicians attended to the rich, this remit being reflected in their fees which were far higher than those of the apothecaries and surgeons socially beneath them who attended to the poorer. By 1700 the apothecaries were reckoned to outnumber the physicians by five to one. In addition, midwives and folk healers operated at a local level and usually charged in kind.

So a highly-structured society had a medical care model which reflected its hierarchy. Not so peculiar. But for two things: firstly, the physicians sought vigorously to limit the practices of the other categories of medical practitioner and secondly, this without any actual better outcomes of their own. The physicians and apothecaries used different paradigms, the Greek humoural theory for physicians and the traditional herbal approach by apothecaries. This meant that the upper classes were more likely to accidentally die of bleeding and purging than the lower classes which were more likely to accidentally die of poisoning. If you were to hazard a guess at which was the more effective approach, the apothecaries would probably win out. (It’s hard to see how violent diarrhea could cure anything other than your chances on a hot date).

The 17th century saw a protracted legal battle in which the physicians sought to limit the powers of the apothecaries: this when they had insufficient numbers of their own to attend to the apothecaries’ patients, insufficient evidence of the superiority their own methods and were also unlikely to have adjusted their fees so that the poor could afford them. The apothecaries’ right to give medical advice (but not charge for it) was eventually upheld by the House of Lords.

In these early days there were many other attempts made at restrictive practices in the medical market – odd when you consider that the protectionist medieval guild model was changing in so many other areas. For example, licensing of quacks and midwives was supervised by ecclesiastical authorities under Henry VIII. This was probably an attempt in the sensitive era of the Reformation to regulate the scope for use of sorcery and enchantment (for which read ‘unauthorised religious models’). In a time where medical intervention was mostly ineffective, techniques often verged on the magical: for example, in 1606 The Royal College of Physicians attempted to stop one Reverend John Bell from treating high fevers by writing words on a piece of paper.

The history of the restrictive approach to medical practice is no better in the US. In the nineteenth century, the ‘regulars’ fought a series of battles with lay practitioners – again, when they were in no position to actually offer better results. The ‘regulars’ also railed against midwives, producing an adverse effect on the profession’s reputation which was apparent in the US until very recently.

At some point during the Enlightenment the medical profession started to assimilate some new ideas and by the early 20th century, there was more in a doctor’s bag than laudanum and leeches. The changes in just one century are stunning and these days I personally prefer to approach a member of the medical profession in order to receive empirically-based treatments. Homeopaths generally don’t have chemistry degrees (otherwise they’d know ‘Good Vibrations’ is just a Beach Boys song), reflexologists don’t employ phlebotomy labs and no-one has ever managed to X-ray my Chi (although perhaps I could try to donate it. Go here – it’s hilarious).

But my real point is that the statutory regulation – and the trade protectionism which accompanied it – came before the efficacy, the competence and the safety. In the same way that the Vatican certified the trade in relics and indulgences, the earliest incarnations of a now very respectable profession attempted to use their class, the law and their political clout to exclusively peddle mostly utter bollocks. Sometimes it was dangerous mostly utter bollocks.

So having looked at that, perhaps we should examine the proposition that ‘regulation as consumer protection’ may sometimes be a veil of decency worn over a shoddy, yellowing string-vest of self-interest. Which makes me wonder if we should save regulation for things that demonstrably work.

But here’s a further thought: my father has always maintained that it doesn’t matter if your car doesn’t go, but it does rather matter if it doesn’t stop. Good point. I, for one, am very grateful that the man who mends my brakes subscribes to a conventional code of practice.

So let’s refine things that demonstrably work to things that can actually do harm. Harm to your wallet and dignity doesn’t count: for one thing, the fashion industry would collapse overnight. For another, too much protection against ourselves would infantilise us beyond the ability to make any rational decisions at all. I really must reserve the right to be a common-or-garden idiot.

Actually, a recent Department of Health report is well ahead of me here. ‘Extending Professional and Occupational Regulation’ (2009) suggests that the regulation of CAM practitioners should be proportionate to risk. However some parts of the homeopathic profession are still seeking statutory regulation. Other parts are, for sound business reasons, resisting them. (Thanks to Andy from Quackometer for drawing my attention to all this).

In 2000 the House of Lords assigned homeopathy to its ‘Group 1’ – professionally organised therapies with a well-developed process of voluntary self-regulation. My worry is that, for many consumers, regulation may be regarded as approbation. In this respect, regulation can be bad. There must be many CAM bodies aware of the potential benefit to being highly structured (restricting numbers of practitioners, thereby raising fees, being just one). For this reason, I do hope that the Department of Health sticks to its guns and maintains the ‘harm’ criterion, thereby restricting the CAMs which add another layer of respectability by being statutorily regulated.