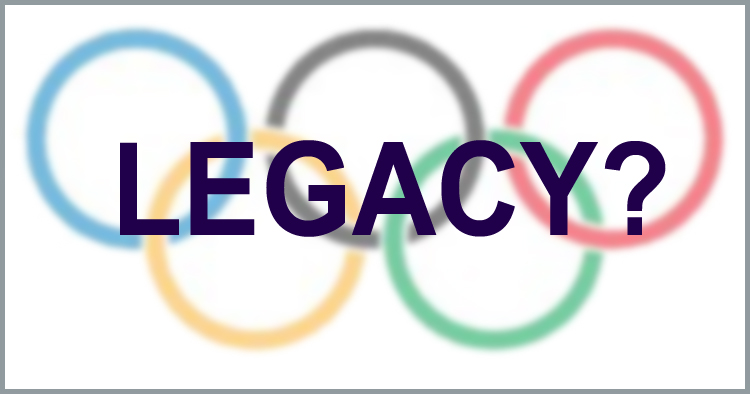 An only half-serious memoir of flailing, derision, ostracism and black-eyes

At school I was OK at maths and English, so it didn’t bother me much that I turned into a prototype dodo during PE. My parents, friends and especially netball team-mates totally accepted that I just wasn’t a sporty type. Chief among the unbagsied, I was usually inflicted upon whichever team complained least loudly, and my impotent flailing confined to the back of the gym/pitch/court.

The good news about a confession of this type is that I can feel through the ether the many of you who are nodding and empathising. I don’t know if there are published goals for games lessons in school – you know, enjoyment of sport, desire to participate even without the threat of detention – but to judge by the Health Survey for England (cited here, p 31) they don’t work. Using a device called an accelerometer to measure physical activity the survey found that a miserable 6% of men and 4% of women achieve the government’s recommended weekly physical activity level. As a nation, we are melding with our office chairs and sofas. Evolution will soon provide us with stain-resistant upholstery.

The good news for me is that I was very, very lucky. My brother started Judo and I fancied giving it a go. I sat my O-level mocks with matching black-eyes from my first grading, and the real exams with a repeat pair from Aikido, taken up at a similar time. I was clearly enjoying myself too much to care that I looked like a racoon. Weight training to help with strength followed and, eventually, took over. I even spent a year being a health-instructor until I realised that the tedium of being asked how to make bums smaller was going to lead to madness or violence. At the age of twenty-seven I learned to swim, and now I run.

I must add that I do all of these things very badly indeed. Except the Aikido … I was alright at that. But everything else was, and is, done despite the miserable lack of attainment. I have learned to like exercise for its own sake: in other words, exactly the opposite way it was taught at school.

A quick breeze over a report from the University of East London (p56) about the expected legacy outcomes of London 2012 considers the Olympic Games’ effects in terms of employment, skills tourism, house prices and so on. And it also addresses what is, in my opinion, an oft-repeated canard – that the sight of sporting excellence may precipitate a nation to undock from its soft furnishings and head out to the nearest playing field. It says:

“The Olympic Charter aims to encourage and support the development of sport for all … There is an intention towards a virtuous circuit: sport for all feeds elite sport which, in turn, it is hoped, will inspire more people to participate. Trickle down and knock on effects are assumed with the affective charge of the Games, the role models of the athletes, the infrastructure and expertise mobilised in putting the Games on and extensive global broadcasting of Olympic sport all key ingredients in the process.”

So – plenty of good intentions. But the report’s conclusions are refreshingly unhyperbolous when it considers the real evidence: “ .. there has been a paucity of studies on post-Games participation in sport and whether an Olympic Games provides a short or longer term bounce for community participation in sport”. Where changes have been perceived in the past: “… the Olympic Games are likely to have been one factor amongst many …”

All of which makes me ponder on a strand of thought that unites both school games and the Olympics – the assumption that greatness and achievement motivate spectators to participate.

I think it probably does exactly the opposite.

There’s an apocryphal anecdote that George W. Bush was appalled that fifty percent of Americans were below average intelligence. The use of the tale is not to prove that Dubbya is as thick as the most afflicted of his countrymen – he probably didn’t say it – but it does encapsulate that sad truth that in order for some to excel, others can’t. In the case of elite sport, that’s most of us.

The psychology of motivation has been studied a great deal in the era between the brutality of Eton’s height-of-empire playing fields and our present obesity epidemic. I’m personally very fond of Stanford psychologist Carol Dweck’s work on praise and motivation in which she encourages parents and teachers to give accolades for process rather than outcome. Dweck’s experiments suggested that those praised for their intelligence seemed to regard it as a fixed quality and to be more conservative in their future choices; in trying to retaining their ‘clever’ status, they did things that made them look clever all the time, sometimes missing out on trying harder tasks, disappointments, reversals and the opportunity for problem-solving that those things all bring. It seems that if you can instead get hooked on ‘process’ (and thereby tenacity), a decent level of attainment will follow anyway. It’s hard to focus on something over a long period of time and remain too bad at it.

In fact, when you get into process, you stand a chance of experiencing one of the most pleasurable things known to man that doesn’t involve chocolate – a condition labelled by psychologist Mihaly Csikszentmihalyi as ‘flow’.

Flow occurs when you are completely absorbed in a task: you can lose time and even your sense of self. It’s been called other things too, such as ‘in the zone’, and we were certainly aware of the notion in martial arts.

Flow didn’t really figure in our incongruously-named athletics sessions at school, during which we were each timed or measured performing explosive and aspirational feats for which there had been absolutely no preparation. As wilted and asthmatic teenagers collapsed with burning lungs and pulled hamstrings, the crimplene-tracksuited gym-teacher assiduously filled out the Amateur Athletics Association paperwork. It was only later, when I did my stint assisting others in gyms, that I wondered how many of my clients would have expired on the spot if I did the same thing with them.

But the data were there – the results. We hadn’t learned to enjoy, but we had been successfully measured.

That danger of applying labels, with the attendant tendency to indelibly mark, has been usefully explored in other contexts too. Everyone who has explored cognitive-behavioural therapy for depression has encountered the idea that “depressed right now” is a description, and “depressed” or “depressive” are potentially self-fulfilling prophecies. I know that I didn’t regard myself as “bad at netball this session”, but as “inept at any kind of physical activity whatsoever”.

My Judo club ran three squash courts too, so the squashies and the judos often met in the bar area. My PE teacher and I encountered each other one evening, mutually alarmed. “How amazing to see you here” she said to me. “I never had you down as a physical type”.
So the jock/nerd dichotomy wasn’t just me then.

If I’d had the speed or the wit, perhaps I’d have responded to her cheek by pointing out that disliking standing in the drizzle in very little more than your underwear while having a wet netball smack you in the face probably isn’t all that bizarre.

It strikes me that there are many dimensions to being active. Some people get excited by distance, some by time, some by scores. Some people like to be in teams of one and some like larger groups. If you’re not competitive, that’s fine. I used to volley on squash courts for hours with a friend. No scoring. Load of fun.

Indications are that key public bodies already know that the Olympic Games aren’t going to improve gross-national-fitness by itself. This report from NHS London says: “This research shows that just having the 2012 Games in London will not automatically create a health legacy. So NHS London is launching … the ‘Go London’ programme to realise our ambition of improving health through increasing levels of physical activity.”

Judo was my very short-lived gateway drug which enabled me to overcome the twice-weekly exercise aversion sessions at school. I was very fortunate.

Danny Boyle’s Olympic opening ceremony was stunning. And this week I’ll watch the gymnastics because I find it amazing and beautiful. Perhaps there are elements of the games you’ll be drawn to watch too.

But we shouldn’t believe any of the hogwash about the Olympics enciting us to become athletes. The simple human pleasure of enjoying and being in control of your body is far too important to be left to peddlers of mirages.