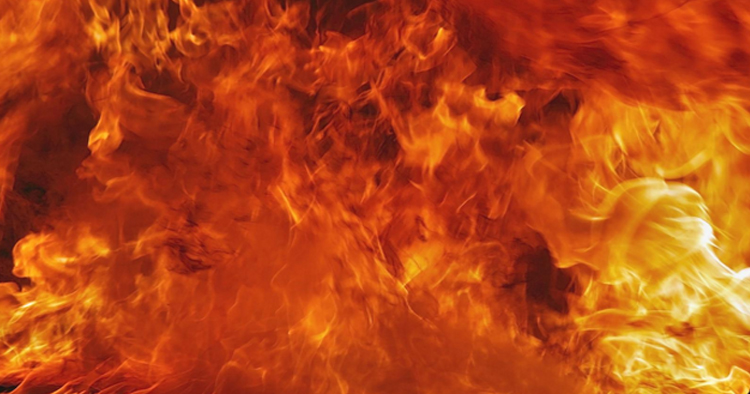 “The spirit is hiding in the children … the fire burns brightly, the spirit of witchcraft”

Those who visit regularly will know that I’m interested in contemporary manifestations of African witchcraft belief.

I wrote about witch hunts centring on children in Nigeria, after an award-winning ‘Dispatches’ which followed the work of child-welfare campaigner Gary Foxcroft. ‘Saving Africa’s Witch Children’ can be seen here.

I also wrote about attacks on children in magical rituals in Uganda after reports on the BBC’s ‘Newsnight’ and ‘Crossing Continents’ by Tim Whewall. While I disputed the statistics implied in Whewall’s ‘Newsnight’ piece, I don’t doubt that there is a widespread belief in the efficacy of witchcraft in Uganda and that some children have been harmed.

Now, there has been another ‘Dispatches’ production, concerning the witch-related religious practices taking place in African churches in the UK – specifically London.

‘Britain’s Witch Children’ followed an undercover journalist psuedonymously named ‘Buki’ (23, passing for 15) whose ‘mother’ is seeking spiritual assistance after her daughter has become argumentative following a holiday back to Africa.

‘Buki’ and her mother went to three churches and found diagnoses of possession or witchcraft in all cases, and very quickly.

Spiritual assistance against witchcraft does not come cheap. The pastors do not seem to publish a scale of charges, but encourage people to give what they can. When offered £170, one church gave ‘Buki’ access to an open and communal session, upon which attendance she was expected to pay more.

“… some people give one thousand pounds. It’s for God, not for us …” explained one pastor.

The deliverances varied from intimidating ranting in rooms to large services where adults threw themselves to the floor, vomited, spat and screamed. The documentary makers noted that there were no child protection officers present, and the fear on children’s faces was clear to see.

This isn’t just about psychological abuse of children – although that would be bad enough.

Victoria Climbie was abused and killed in the belief that she was possessed. The Metropolitan Police’s ‘Project Violet’ was set up to explore cases of child abuse connected to spiritual beliefs. So far, some parents have been prosecuted, but no pastors.

The whole thing must be a difficult balancing act. As Mor Dioum of the Victoria Climbie Foundation pointed out:
“People in those positions of responsibility do not want to be seen as policing culture or religion, or … accused of being racist”

That same issue had been raised about Victoria Climbie by Neil Garnham QC, Counsel to the Inquiry into her death.

Reasons for belief in witchcraft are many and complex. I believe at least one to be the phenomenon of sleep paralysis, which can be inferred from historical witch trial accounts from Strasbourg to ‘Salem. I’ve written about sleep paralysis and supernatural belief here.

“… what do you normally see in your dreams … if there is a spirit fighting you it can come in the form of a dream … do you ever see someone trying to molest you in your dream … or sleep with you? …” asked Pastor James of ‘Buki’.

In case we simply ascribe witch belief to immense stupidity or naivete, it’s also worth remembering that magical beliefs are a natural state for human beings. We need educating into the empiric.

To recap from ‘Nigeria’s Witch Children’ regarding witch hunts in Europe:

“… the natural assumption would be that witch hunts belong to eras with magical religious traditions, rigid social strata, simple technology, agrarian economies and pre-Renaissance thought patterns … In actual fact, large scale witch hunts in Europe were a phenomenon of the Reformation.”

In the early modern era, traditional power relationships, social structures and economic models were changing. It produced dislocation and unsettled psyches, some a little paranoid, in need of certainty.

So where people are uncertain, isolated or economically disadvantaged – such as being part of a new immigrant population – it isn’t surprising to find supernatural rituals aimed at manipulating events in the real world. And there is also more likely to be a dependence on established and recognisable forms of authority, such as pastors.

People in charismatic African churches are not looking for the ‘how’ – they know perfectly well that microbes cause diseases and cars mechanically fail. They are looking for the ‘why’: why me; why not my enemy; why now; why here. It’s a question that empiricism can’t answer without leaving the empty and unsatisfying answer:
“shit happens, sometimes more to you than other people”.

So what about ideas for constructive interventions?

I’ll reiterate my position, stated in each of the previous African witch blogposts: I don’t think it’s constructive in the short term to simply challenge supernatural beliefs. For people who hold these worldviews, the truth of their convictions is self-evident.

It’s ethically dubious, and in any case impossible, to legislate on thought and belief. Previous attempts have ended in mass murder for believing that matter and earthly life were instrinsically evil (see the Albigensian Crusade), and life-long house arrest for believing that the earth orbited around the sun (see Galileo).

As prosperity and certainty enter a life, dependence on supernatural explanations tend to leave.

Interventions must be aimed at actual acts. To this end, several African states have enacted laws which make it illegal to denounce children as witches.

The Child Rights Act of Nigeria:

“… prescribes up to 15 years’ imprisonment without the option of a fine, or both, for offenders in child stigmatisation, accusation of witchcraft or torture cases. It empowers the government to seal off premises of any organisation used to perpetrate child abuse”

In ‘Nigeria’s Witch Children’, I wrote:

“In the short term I believe that the single most important intervention would be to aggressively target professional witch hunters. Witch hunts employ specialists who, for obvious reasons, ensure that the hunt is self-begetting. Inquisitors in Europe have their counterparts in modern Nigeria, pastors who specialise in finding witch children and performing rituals to denature them – for a price. Stopping witch hunters would not stop accusations of sorcery nor fix Nigeria’s social and economic problems, but it may confine the issue of sorcery back to local levels.”

It’s hard to know how cynical the pastors are: whether they believe in any part of the supernatural scheme they are paid so well to manipulate. But their integrity is immaterial: they are the most critical level at which an intervention can and must be aimed.

Oddly enough, a new law against accusations of child witchcraft may have been unnecessary if the old ones hadn’t been superceded.

The Witchcraft Act of 1735 reversed the presumptions of its predecessors, that witchcraft did exist and could cause real harm. Instead, it provided for penalties for those who pretended to have such powers. They were treated as con-artists.

That was superceded in 1951 by the Fraudulent Mediums Act which covered much the same ground. This Act, in turn, was superceded by European consumer directives.

These two required that psychic services must be declared as being for ‘entertainment purposes’.

But here’s where we give religion the respect that other forms of magic don’t get. Can you imagine communion billed as ‘for entertainment purposes only’? Yet in some strands of Christianity, transubstantiation – the change of bread and wine into the body and blood of Christ – is accepted as real.

Charismatic churches are getting in under the umbrella of respectability conferred by more established organisations.

So here’s another idea, but one that would be very controversial and would probably prove impossible to institute: the removal of charitable status from religious organisations.

Many religious organisations do real and good charitable work, such as providing crèches and Mums’ clubs, safety schemes for victims of domestic abuse, support for substance abusers, food for the homeless etc.

But these strands should be completely separated – managerially and financially – from the primary mission of providing a centre for people of like-minded metaphysical notions. I’ve no objection to people worshipping – I simply think they should do it at their own expense.

It may sound complicated – it isn’t. Plenty of businesses separate their accounts and activities into discreet entities. One company may own and carry a mortgage on the premises, another owned by the same directors rent the space and manufacture goods in it, perhaps even another market and distribute the goods.

If we could tease the ‘inculcation’ strand from the ‘good works’ strand of religious institutions, it would be a good thing for society at large and would favour those religious organisations who really do outreach to others.

And I emphatically do not propose that ‘exorcism’ should count as charitable work for the purpose of tax relief.

What is the moral justification, after all, for giving tax breaks to an organisation which is characterised solely by its insistence on utterly unprovable postulates? It’s an historical oddity, and would be untenable if we were to invent the system from first principles today. We must end the idea, enshrined in our tax structure, that holding supernatural beliefs is necessarily virtuous.

In this model, the Salvation Army would do very well (a great worship to social work ratio) and some witch-accusing churches, I venture, would do very badly indeed.