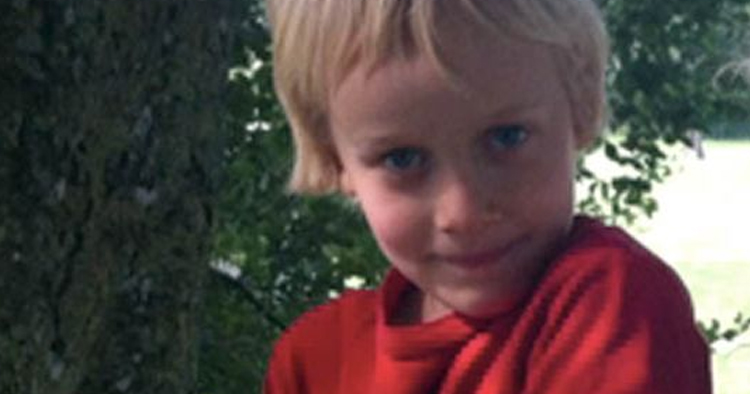 It is very hard not to feel the deepest sympathy for everybody involved in the Neon Roberts case. Neon’s story hit the headlines earlier this month when a judge took the highly unusual step of identifying him publicly to help him to be located after his mother had taken him to prevent radiotherapy following surgery.

Neon has medulloblastoma. I’m not a cancer-specialist but you can search for information on it easily enough. It’s a serious condition, which seems to have a serious chance of a cure … provided the help gets to you before the rapidly developing tumour does. It’s a metastasising cancer which means that it can spread easily, in this case, through the rest of the brain and spine, which is presumably why it is necessary to deliver radiotherapy to the whole brain rather than just the operation site.

I cannot begin to imagine what it feels like to discover that your child has cancer and may die. Sally Roberts and her estranged partner must be going through hell.

This week, a judge ordered the radiotherapy to go ahead. Sally Roberts had objected on the basis that there may be side-effects – which is undoubtedly the case – and that alternative treatments may help, which is far less certain. She appears to have cited several which may be promising for the future, but which are not sufficiently well-developed or standardised yet; or else therapies which are used for other cancers and don’t have a track-record with medulloblastoma. The list includes: immunotherapy and photodynamic therapy. Also cited were boron capture therapy about which Cancer Research UK says that “there are concerns that [it] causes severe side effects”.

Again, I’m no cancer specialist, so let’s leave that to them. The Guardian reported that: “Lawyers representing the doctors told the court the experts listed by Roberts appeared to have little or no expertise in treating medulloblastoma, with one having apparently based his description of it from the internet or newspaper cuttings.”

The possible side-effects of radiotherapy Neon may face include deafness, reduction of IQ and stunted growth. However, this is not predictable. He may be OK, or affected only mildly. As the judge pointed out, the only real choice right now is between radiotherapy and death.

This story has been picked up on various places, random examples here and here, on the ‘net as a parental rights versus heavy-handed government coercion issue.

Sally Roberts’ comment along these lines, apparently made to the Daily Mail, (and assuming for a moment that this is faithfully and properly reported) was: “I feel backed into a corner. It is taking away my human rights as a mother. Neon is my son. How dare the state impose their treatments on my son? They are not allowing me as the mother to make these decisions.”

This is an unequivocally wrong way of looking at it.

Parenthood is a relationship involving responsibility for a child but not ownership of it. Neon Roberts is not his mother’s chattel; he is a unique human being with rights of his own. Even if parental rights trumped a child’s rights – and they don’t, for very good reason – Neon has two parents, one of whom has consented to the radiotherapy.

For examples of why parental rights don’t trump children’s rights, you can look at exorcism, medical neglect and genital mutilation.

Sally Roberts is just wrong about her rights over Neon, but she at least has the excuse of being in emotional turmoil right now; an excuse that the libertarian-strand alt-med bloggers do not. I can’t criticise her for her desire for the best for her son and her fear for his future after radiotherapy. At the same time, we must remember other parents – every bit as loving and courageous – have gone through this and decided it is right to go ahead with the radiotherapy. Ms. Roberts’ fervour does not make her right about medicine.

I previously reproduced some vintage US anti-vax leaflets and quoted a Mrs. Carolyne Burns from 1927 who refused to have her son vaccinated, despite it being a prerequisite for school attendance. Mrs Burns said:

“I demand the right of a public school education for my boy and I can’t see why he shouldn’t get it. I object to vaccination and I won’t submit my boy to such a dangerous practice. It is un-American and unconstitutional to force this pus into the system of a healthy child … the school won’t accept him and I won’t have him vaccinated. What can I do?”

So this is tragic, but it’s not new. Incidentally, the vaccine to which Mrs. Burns was so averse was the polio vaccine, surely one of the candidates for ‘most significant disease intervention in human history’ award (… when they decide to invent it!)

Perhaps the most tragic thing about the Roberts family situation is that life occasionally offers you a choice between something shit and something even shittier. When life gives you lemons, sometimes all you can make is grimaces.
The human desire to personify an amorphous, generalised threat is readily observable in supernatural folklore, and it serves to provide the satisfaction of something specific to focus upon and rail against – a scapegoat. Again from The Mail, Roberts apparently claims that she will sue if Neon does suffer side-effects as a result of radiotherapy: “I will be holding them all accountable — everyone who has been involved in his treatment. The judge, the doctors, my former husband — the lot of them”.

But the fact is, Neon has cancer, and there may be no consequence-free outcome available. That isn’t his father’s fault, nor his doctors’, nor the judge’s.

You may have had an experience in your life which left you limp with impotence, your only choice being the acceptance of loss. I know I have.

I use Sally Roberts’ quotes from The Mail here as illustrations of the experiences and feelings of a person in a corner and in pain. I feel bad for her.

The people I don’t feel bad for are the people on alt-med sites who promote non evidence-based therapies as effective interventions. There’s more on the Quackometer. The next time someone asks you “where’s the harm in it”, perhaps think of the false hope that de facto medical neglect can bring.