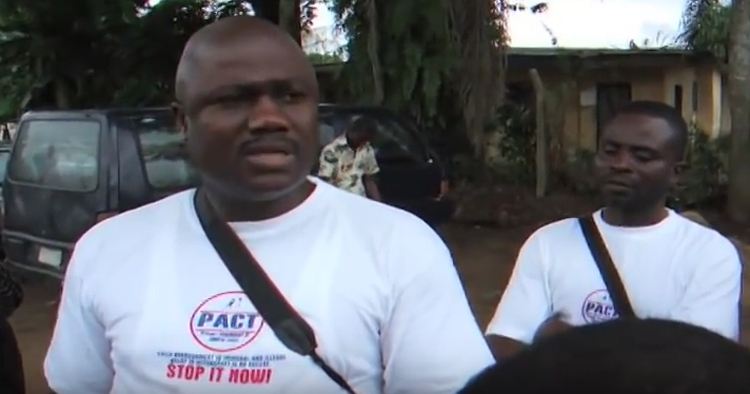 Jack of Kent in his latest has brightened all our days invoking the Python – not the spirit of the Delphic Oracle – the merry band of satirists who gave us such classic songs, phrases and sketches as ‘Every Sperm is Sacred’, “He’s not the Messiah, he’s a very naughty boy” and the scene from ‘Monty Python & The Holy Grail’ in which a woman has been dressed as a caricatured witch to force a prosecution.

Jack points out that despite the medieval setting of the film (the grail mythology was a phenomenon of the twelfth/thirteenth centuries) witch prosecutions were not common and did not reach their zenith in England (and also Europe) ‘til much later – the sixteenth and seventeenth centuries.

It’s true. I think that for most people unfamiliar with the chronology, the natural assumption would be that witch hunts belong to eras with magical religious traditions, rigid social strata, simple technology, agrarian economies and pre-Renaissance thought patterns. It’s a jolt to find that the worst happened in the early modern era. In actual fact, large scale witch hunts in Europe were a phenomenon of the Reformation.

So far, so theoretically interesting … to a witchcraft nerd, at least. What does this have to do with the price of henbane.

On the 30th July, a child’s rights conference in Calabar, Nigeria on the subject of ‘Child Rights and Witchcraft’ was raided and temporarily halted by supporters of an evangelical church, ‘Liberty Foundation Gospel Ministries’. The church had gained international notoriety after its leader, Helen Ukpabio, was featured in a BAFTA and Amnesty award winning documentary Saving Africa’s Witch Children which was broadcast in the UK in late 2008. Mrs. Ukpabio herself can be seen relating her views here.

The raid can be seen here. It was serious: the stage was occupied and one of the organisers, Leo Igwe, was physically attacked and had personal items stolen.

Liberty Foundation Gospel Ministries promotes belief in witchcraft, producing films such as ‘Rapture’ and ‘Hellfire’ in which execrable special and makeup effects depict the effects of demonic rampage. But while it’s easy for us to snort at a movie that looks like it was shot on an mobile phone after a particularly gruelling afternoon necking a litre of grain alcohol, it’s worth remembering that the subject matter is taken very seriously by its audience. And ‘Saving Africa’s Witch Children’ was a harrowing account of how belief in witches is real, large-scale and having deadly effects on many children in Nigeria today.

So is there anything that we can draw upon from our own ignominious past to help our understanding of what is happening?

I think the first thing is to remember that witch hunts are a distinct phenomenon from belief in sorcery, which seems to have been endemic in pre-industrial Europe and is probably present in large swathes of modern Africa. Belief in sorcery does not automatically bring large-scale witch hunts. Trying to persuade people that sorcery does not exist is, in the short term, unlikely to change their minds and certainly unlikely to reduce the paranoia and scapegoating that are the primary features of a witch hunt, things which come from the social and economic circumstances at large.

The second is the counter-intuitive issue that Jack mentioned and which I recounted above: witch hunts happen in times of social and economic dislocation, rather than among people who are simply socially or technologically ‘backward’, however you like to define such a problematic concept. The Reformation in Europe, fuelled by the invention of the press in 1440, signalled a (albeit slow) move towards democracy, individualism, an industrial economy and the (relatively speaking) meritocratic society which must accompany it. It took the monopoly on spiritual services from one immensely powerful and multi-tendrilled political entity, Vatican Inc., and replaced it with several ‘authorities’ who were free to squabble vigorously about doctrinal differences.

Nigeria is one of the fastest growing economies in the world, but has only had ten years of democracy. Prior to that there were several shaky attempts interspersed with military coups, all after a dreadful civil war which had left over one million dead. It is a wealthy country, but that wealth is not well distributed nor yet gone to creating good infrastructure. Corruption is a massive problem. It is also easier to draw distinctions between groups of Nigerians than to note similarities: there are two major religions (Islam in the north and Christianity in the south) and three ethnic groups (the Hausa, the Yoruba and the Igbo). There is also ethnic violence, especially in the Niger Delta where there is a booming oil industry and money to be made.

Nigeria is a country going through every kind of transition you could imagine.

Sorcery accusations in Europe were notable for involving very few children, but they did involve beggars and the chronically needy. The reduction of the power of the church sometimes meant that traditional means of welfare relief disappeared; a poverty stricken neighbour who came begging for food was no longer a pitiable fellow in Christ who could be directed to the local religious house, but a pest with whom you were obliged to share. Nigeria is undergoing explosive population growth and it may be difficult to take care of so many young, especially when life of all ages is so vulnerable to cholera, polio and malaria. The children cited in ‘Saving Africa’s Witch Children’ all seemed defenceless in some way, fatherless or totally parentless – essentially, a potential drain on the charity of the community they live in. (Of course Africa has another reason not to share our benign view of children and childhood: many nations have within living memory seen the phenomenon of forcibly recruited child soldiers.)

It is to be hoped that eventual stability, prosperity, distribution of wealth and enjoyment of social consensus will take care of the fear and scapegoating. However, Africa is not developing economically in the way Europe did and presently enjoys/suffers from the attentions of fully-formed power-structures in the form of foreign interests. It remains to be seen whether ethical progress (such as eradicating corruption) can be cultivated along with economic development.

In the short term I believe that the single most important intervention would be to aggressively target professional witch hunters. Witch hunts employ specialists who, for obvious reasons, ensure that the hunt is self-begetting. Inquisitors in Europe have their counterparts in modern Nigeria, pastors who specialise in finding witch children and performing rituals to denature them – for a price. Stopping witch hunters would not stop accusations of sorcery nor fix Nigeria’s social and economic problems, but it may confine the issue of sorcery back to local levels.